As a mama to four, I struggle knowing I could be providing my children with better. Better education opportunities. Better extracurricular opportunities. Better healthcare. I could be raising them in a safer environment, where threats of unsafe demonstrations don’t knock on our door. Where the roads are paved and people have real rules for the road. Where there are playgrounds and sidewalks and zoos and fairs. Where there are sporting events and concerts and movie theaters.

This last November I was traveling down a national highway with four friends. We came upon a one-vehicle accident that had five fatalities and several severely injured victims. It just so happened that my friends were all medical personal, so we jumped out of the vehicle to help. I was the only non-medical personal, but the only one who spoke Creole. I sat in the dirt next to a man with a severe laceration on the back of his head, appearing to have a broken leg and arm. I tried keeping him awake by asking him his name and telling him everything would be okay – not knowing if it really would be. Five feet away from me lay a man covered in dust. He didn’t seem real. But, he was and he had just lost his life. In the background I could see my friends scurrying to the other victims but everything seemed so blurry. So unreal. I continued to sit in the dirt, pressing the back of his head. I learned his name; it was Renald.

I would eventually look up above me and notice the presence of the police. But, I would quickly learn they weren’t there to help. The police officer standing above me was in fact taking a picture of Renald and me. Many more people would come running to the scene and they would step over the body of the man who laid just five feet away from me. It was as if he wasn’t even there.

Eventually the injured would be put on public transportation and transported to a hospital. There were chances they would be turned away from whichever hospital they would go to and I would never know if Renald would be okay.

A few days later, Rubie and I went to Rosie’s and I had my first real anxiety attack of my life. All I could see was her and I getting in an accident and people just standing over our bodies as if we weren’t even real. Police would show up to the scene only to take pictures of us, not to help. I pictured Rubie in critical condition, being rushed to the hospital, only to be turned away.

A week would pass and I would see Renald in my dreams. I would dream of the accident scene and see the dead man covered in dust. I would drive with a constant knot in my stomach for the next month. Fear and anxiety would rule over me.

I went home in January an emotional hot mess. I sought out counseling and the wise counselor told me I needed to dedicate my kids to the Lord. I came to the realization that I can’t save my kids from the world. The cons definitely outweigh the pros for raising kids in Haiti, but I know this is where we are suppose to be for this season of life. The Lord has put so many dreams before us and they’re to be lived out in Haiti. So knowing this, I knew I had to give my kids to the Lord.

I also accepted the truths that accidents are going to happen no matter what country we live in. Sickness and illness will take over our bodies and not even the best doctors in America will be able to save us. I trust the Lord will protect us as we walk in his will. And lastly I believe Jesus is going to come back, so I put my hope in that.

I personally gave my anxiety and children to the Lord in January and this last weekend we publically dedicated them before family and friends. I haven’t had the knotted pit of anxiety in my stomach since January and for that I praise the Lord as well.

Thank you to my family and friends who stood beside us last weekend. And thank you to everyone else who walks beside us on this journey and loves us for where we are at. And thanks to my awesome friend Jamie for capturing these beautiful photos! 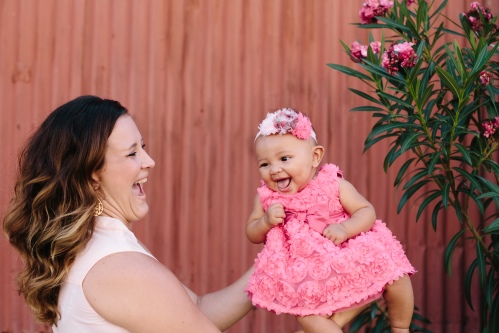