the cutest ever, Esther

Little Esther, I really don’t know where to start with you. You’ve been gone a year now and it still doesn’t seem real. It really just shouldn’t be. 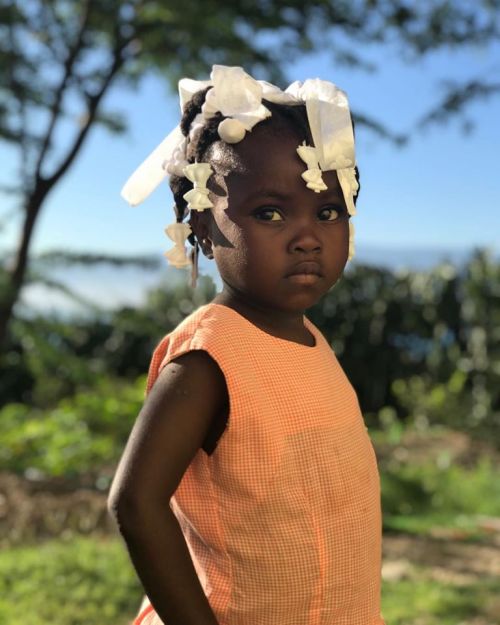 I can remember taking this picture of you. I was running around, chasing down the dozen kids who still needed their sponsorship photo taken. You were the last on my list. We walked around the back of the preschool building where there was some shade to take the picture. Sarah was with us, I can remember it like it was yesterday. You wouldn’t smile, but you were kind of always like that. Deep down you had a bubbly spirit, but it took some warming up to get that smile to come out.

Now that I think about it, this interaction was probably one of our last and I can’t articulate how glad I am to have this photo of you.

Esther’s story goes back to her mom’s story. I was pregnant with Rubie when I first met Marie Maude. She was just as pregnant as I was, but was homeless and sleeping wherever she could find shelter. An employee at the orphanage had told me about her, asking if we could admit her into the Starfish program. I promised to visit her, but couldn’t make any promises on admittance, but my heart broke when I met her. I can remember Marie Maude sitting on a piece of plywood held up by cement blocks as she told me about her situation. She had slept there the night before and my mind couldn’t fathom what that must have been like with our matching rounded bellies. We quickly admitted her into the program and rented her a small room in Simonette. The first thing I did was make sure she had a good bed to sleep on, too.

She had shared that her two little girls were living in the mountains with her mother and she wanted them to be back with her. Since we rented her the room, she was able to go and get them. The oldest, Nedgie, was no doubt her daughter as she looks exactly like her mama. But, Esther, my gosh, she was the cutest child I had ever met. Her chubby cheeks about killed me. I also remember one of those first Tuesday’s when she brought the girls to Starfish with her and Esther fell asleep on my lap. She ended up wetting herself, making my lap wet as well, but I just let her stay there until the end of the program. I didn’t want mom to be distracted. When Marie Maude realized what had happened, she was so embarrassed but I just laughed, telling her it wasn’t the first time I had been peed on!

After taking that last sponsorship photo of her, I shared her picture above on social media and wrote: “This little one above is one of our few hundred students that are sponsored. Her story beats the odds and it’s a privilege to watch her grow. Plus she’s the cutest thing ever!”

And truly it was a privilege to have been a part of her life. She passed away not two weeks later. She had come home from school on a Friday afternoon with a fever and started throwing up on Saturday. Very early Sunday morning, Marie Maude realized she was doing much worse and found a motorcycle driver to rush them to a nearby nurse. They were unable to find the nurse at such early hours and Esther ended up in Jesus’s arms shortly after.

As I was waking up and starting to prepare for church, there was a knock on the gate, with the messenger telling me the awful news. I rushed to Simonette to find a hysteric Marie Maude outside the small room we had rented her – a room that was suppose to hold hope and a new future for her and her daughters. Oh yeah, I forgot to mention, she lost the baby boy she was pregnant with when I first met her and had it not been for our Tytoo staff rushing her to the hospital, we may have lost Marie Maude as well. Anyways, I learned what had happened and then ask her what she needed, and her answer will always remain with me, “help me bury her.”

Marie Maude is one of the women who makes greeting cards at Rosie’s, so a few other employees were there with us and I can remember Hermanie, my manager at Rosie’s, combing back her hair. I was completely taken aback by the scene. The community that has been created through Rosie’s is more than just co-workers and this humbling scene of my manager combing the hair of a young mama who just lost her little one about did me in.

A quick service was held and together, Webert and I, carried her casket to the hole that had been prepared.

For some reason as I reflect on this day, a sermon I heard when I was in college keeps coming to mind. The pastor was talking about what it meant to be “all in” and what that means in terms of serving others. He used an illustration of a friend asking him to help jumpstart his car in the dead of winter. He explained how being “all in” meant running to his office, putting on his coat and gloves, so that when it came time to serve his friend in need, he wouldn’t have the excuse of being too cold. He went further and asked, how many times do we keep ourselves from being “all in” by not going in prepared? How many times do we intentionally go in unprepared, just so we have an excuse to get out of serving? How easy it would have been for him to get out of helping his friend with his car had he not gone out prepared with his coat and gloves on.

As we arrived to the gravesite, Webert realized the hole was not deep and wide enough, so we set the casket down, took off his nice dress shirt and handed it to me, then jumped down into the hole and began shoveling. Surely, that’s what it meant to be all in.

The last thing I wanted to do that day was plan a funeral for the cutest little girl I’d ever met, but it was how I could best serve Marie Maude. I know the last thing Webert wanted to do was get dirty and dig a gravesite that day, but it’s what we are called to do some days. And to go even further, just to paint a full picture of Haiti for you, the man who was hired to dig the hole asked me for twice as much money than the original price and admitted out loud in front of me, “well, it’s white money paying for this all.” So, even on the most tragic of days, when I’m just trying my best to serve those I care for, people are still trying to rip me off!

Whenever I think about Esther, I think I actually just stop. It still seems surreal that she’s gone. I try not to play favorites, but dang it, she sure was one of them. She made me work for her love, most days I could barely get a smile to crack. She will always be the cutest in my opinion.

Marie Maude still makes greeting cards for us at Rosie’s. I’m so glad she’s a part of our family there. Even though she’s lost so much, she still carries forth. Man, it’s a privilege to know these people and love them. And even if we have to dig another hundred graves, I hope that’s something I never lose sight of. 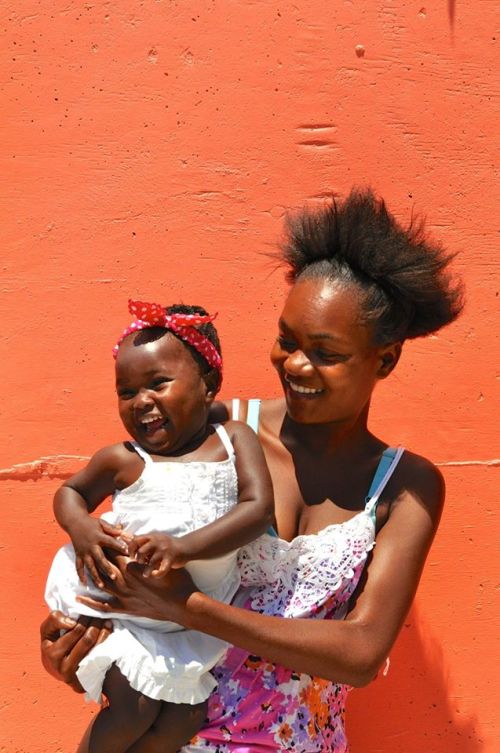 Pretty sure Esther was wearing that same white dress when she peed on me, ha!